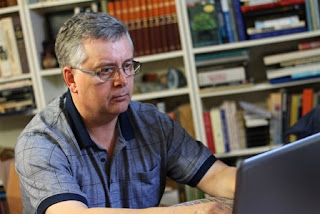 Cal was born and raised in rural Manitoba, Canada. Substantial portions of his youthful years were spent in the hockey rink in winter (because, of course, he’s Canadian) and the golf course in summer (because, contrary to popular mythology, there is lots of warm weather in Canada). Later, after obtaining two Science degrees, Cal started working in the Computer Services industry and soon married Jane. Living in Alberta, they pursued their common interests of camping, skiing, and travel. Within a few years, they added raising a family to this list and were joined by three daughters—Laura, Sarah, and Erin. After they moved to Manitoba, Cal joined the faculty at The University of Winnipeg. During that time, he completed a Ph.D. in Computer Science at the University of Manitoba, specializing in Artificial Intelligence. Cal later left university life to return to work in the business sector, where he stayed until he “retired” in 2015 to write full-time. 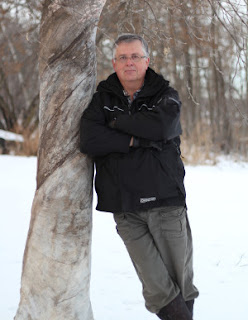 Cal has always been an avid reader, but his interest in writing didn’t take root until they moved their family out of the city to enjoy the country life. Some of that interest was directed toward writing his doctoral thesis, but somehow Modelling Locomotor Pattern Generation using Artificial Neural Networks never hit the bestseller lists. He moved on to dabble in more popular writing, starting with a couple of articles for the Winnipeg Free Press about the trials and tribulations of living next door to wildlife.

Cal’s first novel, Six, began shortly thereafter. It was perhaps a surprise to few that the novel’s story included a good measure of computer and AI technology. Over the next eleven years it was written, suspended in favour of other projects, revived and revised, edited, and finally published. Since then, Six was re-released as Emergence, its sequel Liberation was published, his Tracking Truth blog was started, and the final book in the Six AI trilogy, Ascension, was produced.

Cal and Jane continue to enjoy living on their rural property north of Winnipeg.